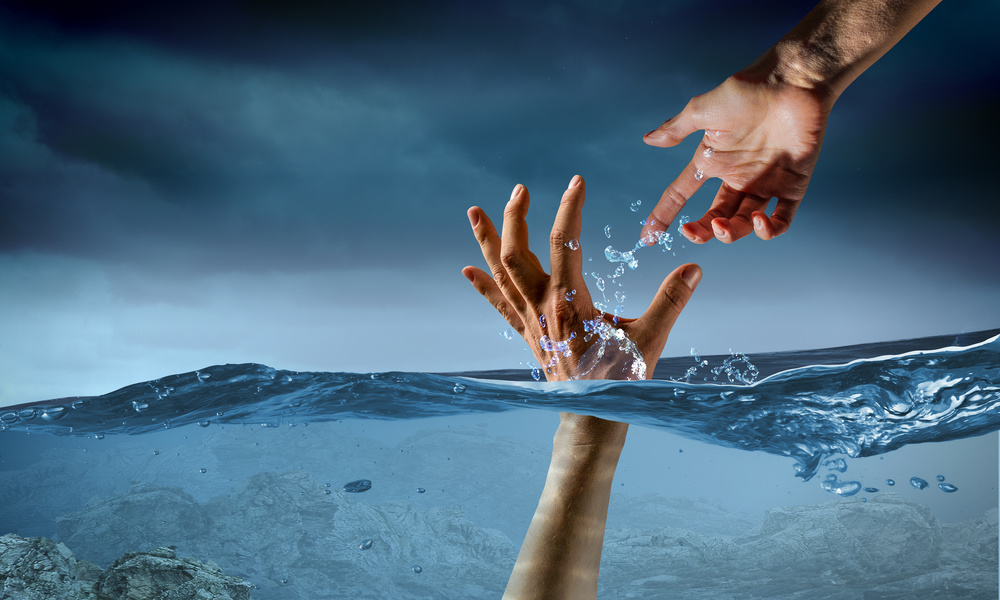 It all started out innocently.  Two Moore families and the Norton family were picnicking at the wide and lazy Parana river for some fun on a hot summer day.   At one point, a partly submerged tree floated by. Paul Moore and his primary-aged son, Paul Jr, climbed aboard for a ride.  Down the lazy river, they went.  The rest of us did not pay attention.  Then a faint yell was heard a half mile away, "Help!" Instantly, Paul's brother and my dad jumped up and started running down the sandy riverbed toward the cry for help.  We could see Mr. Moore and his son struggling in the water.  Up and under they went.  Paul's brother collapsed about 200 yards down the beach from exhaustion due to the effects of malaria.  We watched as my dad paced his run down the beach and then dived into the river to help.

It seemed like an hour later that the three of them returned.  Mr. Moore told us what happened.  The gentle current had carried them away from the shore and the tree sunk, leaving them in the water. Paul Jr. could not swim and so Mr. Moore put him on his back and started to swim towards the shore, but the current was too strong.  The weight of Paul Jr. was too much for Mr. Moore and he started to go under.  They were floundering.  It was then that Mr. Moore called for help. I told my father, "If you had not arrived when you did, we would have drowned.  We could not have made it without your help."

This summer I was introduced to a little book by Simon Sinek, Together is Better: a Little Book of Inspiration.  In the middle of this book, one of the characters falls into a river and is pulled out by his friends.  The caption reads, "You can't do it alone. So don't pretend you can."

What a marvelous idea for us as we begin a new school year, " You can't do it alone.  So don't pretend you can."  I like what the Wiseman said, "There was a man all alone; he had neither son nor brother… Two are better than one because they have a good return for their work.  If one falls down, his friend can help him up.  But pity the man who falls and has no one to help him up!"